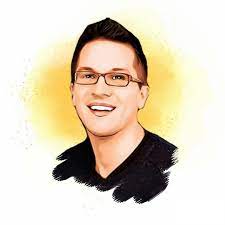 The International General Certificate of Secondary Education (IGCSE) is an English language curriculum offered to students to prepare them for International Baccalaureate, A Level and BTEC Level 3 (which is recommended for higher-tier students). It is based on the GCE O-Level and is recognised as being equivalent to the GCSE. The IGCSE was developed by University of Cambridge International Examinations.

The IGCSE is an international alternative to many popular national curricula. However, unlike many school-leaving qualifications in many countries, the IGCSE is not a group award or “certificate of education”. It is a qualification based on individual subjects of study, which means that one receives an “IGCSE” qualification for each subject one takes. For this reason, schools worldwide have different expectations about how many IGCSEs students should take. Typical “core” curricula for IGCSE candidates include a First Language, Second Language, Mathematics and one or more subjects in the Sciences. IGCSE candidates then choose a number of additional courses ranging from Social Sciences to Creative Arts.

The IGCSE is often considered to be more similar to the older O-Levels qualification than to the current GCSE in England, and for this reason is often argued to be a more rigorous and more difficult examination. Up until recently, most schools offering the IGCSE were private International Schools for expatriate children around the world. However, an increasing number of independent schools within the United Kingdom are now also offering IGCSEs as an alternative to conventional British GCSEs for international IGCSE subjects on the supposed basis that it is more challenging than the national curriculum.

We, at Avishkar, conduct Group/ Private Tuitions for IGCSE Maths and Science subjects at all levels. All Professors are specilised and experienced in their own subjects.